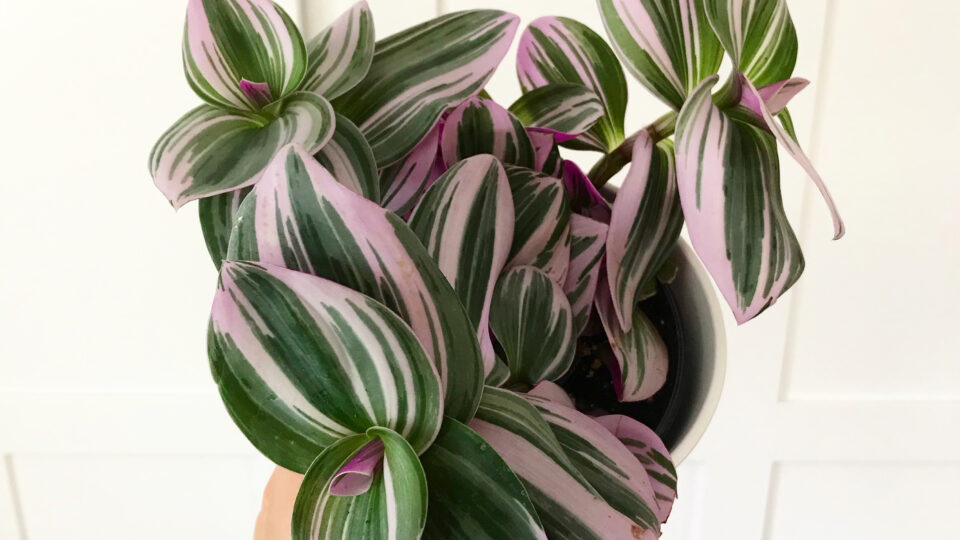 When I first began plant collecting, I would always see this small purple trailing plant, which was called by a million different names, in every garden center. It was scientifically known as Tradescantia and it was pretty and I bought one.

On to the ASPCA toxicity website I went, and found a myriad of different information. Is Tradescantia toxic to pets? Is it safe? No one really knows. Looking up the plant under the not-politically correct name “wandering jew” (now changed informally to “wandering dude” which is way better), it was not considered safe. I searched again, this time under “Tradescantia flumeninsis” and it was safe. I became frustrated, gave the plant to someone and never revisited them again until recently because I found this:

Pretty isn’t she? Yet ANOTHER variation of Tradescantia, a “Tradescantia nanouk“. And another variety where we contemplate toxicity. Frustrating isn’t it? Well I decided to make a blog post about it because I, like, you, needed to find out what is just going on here.

What Exactly are Tradescantia?

So first off, Tradescantia is a type of spiderwort, which is a name most people have heard of. Spiderwort is a common perennial trailing, low-growing outdoor plant which looks kind of boring. All Tradescantia are part of the family Commelinaceae. The most common plant I see are the purple and green variegated Tradescantia zebrina, also called an inch plant. Yes, yet another name. There are so many varieties and color combos, not to mention dozens of just the Tradeascatia zebrina. There are really too many names. Someone needs to take care of this.

Why are there so many names? I don’t know the answer, it was more a rhetorical question.

Is Tradescantia Toxic to Cats and Dogs?

After a number of Google searches, vet conversations, and triple checking sources, it’s a resounding yes. Yes, technically, Tradescantia is mildly toxic to cats and dogs – and I mean all varieties.

If you’re familiar with my blog, you know that if two plants are in the same family, and one is considered toxic and non toxic, I always err on the side of caution and label it as toxic. Why take a chance, right? Right. That same principal happens here. If I know that Tradescantia zebrina is toxic but flumeninsis is non-toxic, I’m going to just say it’s toxic.

What kind of toxic are we talking? A three on a scale from 1-10. If consumed, which Harlequinn has once before, there’s a chance of dermatitis, a skin issue. Every animal is different, but expect some mild discomfort in some form if a lot of this plant is devoured by a bored cat.

Since these are trailing plants, it’s easy to keep them out of paw reach. Hanging planters, using carts or shelves are all genius ways to eliminate pillaging, swatting and munching. Cats have a lot of time to pass.

Here’s a list of Trdescantia varities most commonly found in garden centers and big box stores. This is not at all the all-encompassing list, but it’s a good intro list.

Tradescantia spathacea “Moses in the Cradle”

Caring for your Tradescantia

If you so choose to bring any type of Tradescantia in your home, you should probably know how to care for it. They’re often labeled as “easy!” and “low light!” plants but c’mon. That’s all fake news.

They are not “easy” and hate low light. Actually no plant likes low light, but that’s another rant on another post. When I say they aren’t easy plants I just mean they need some specialized care. Once you get the knack for it they legit grow like weeds.

Light: All Tradescantia like bright indirect light. This keeps their variegation spicy and vivid and promotes tight growth. Lower light conditions cause them to become faded very leggy. Leggy and awkward.

Watering: So, I’m going to assume your plant is in a nice bright spot. Watering is actually simple, water only when 75% dry. I also let mine stay a bit moist when I water because they get crispy leaves if you let them go too long without water.

Humidity: Humidity isn’t a huge deal, but generally the more humid, the better they’ll look. I have a bunch of the “purple heart” variety and man, they love it outside in the summer. Generally, a regular room’s humidity is fine.

Fun Facts and How Not to Kill Your Plant

Remember to keep them in brightly lit places and check for bugs often. Tradescantia are pretty resilient, but I sometimes find spider mites partying on the leaves like it’s spring break.

Also, don’t forget that these are trailers! They love a good hanging basket and look really pretty. Also, one of my favorites is the Tradescantia pallida “Purple Heart” which pumps out these tiny pink flowers that I adore.

Tradescantia actually came back from the “granny plant club” in 2018 when my friend Anna (from @littleandlush on IG) posted her PINK GORGEOUS PLANT and then everyone had to have one. Before that I swear, I didn’t see any Tradescantia as a haute plant on social media.

I would love to hear your feedback too! Have you also had trouble finding clarity on toxicity? Do you hate these plants? Do you love them? Please share away. 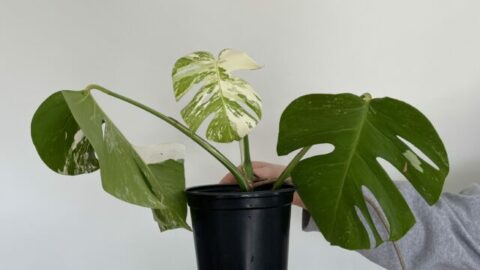 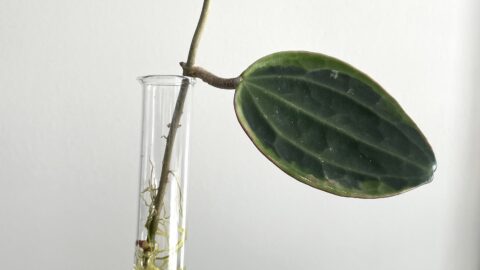 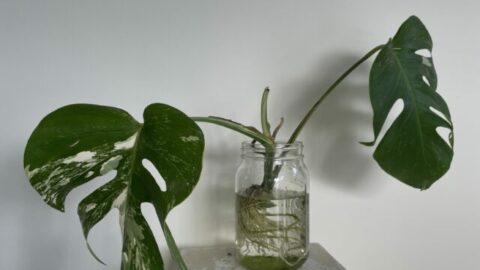 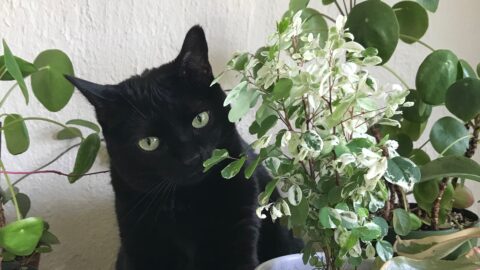 Why Are Some Houseplants Toxic?